Target USA Cup is the largest youth soccer tournament in the Western Hemisphere and is held each year at the National Sports Center in Blaine, MN. USA Cup started with 69 teams in 1985. From the beginning, the tournament put an emphasis on attracting international teams to play against teams from the United States.

The tournament has grown since its humble beginnings to feature more than 1,100 teams each year. Over its history a team from every state in the United States has competed in USA Cup and 70 different countries have sent teams to Blaine to compete in USA Cup.

About 16,000 players compete each year in the USA Cup and 25,000 people per day visit the National Sports Center during the tournament run. 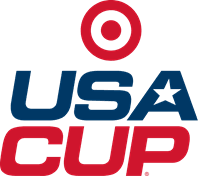