Redistricting is the process of redrawing the boundaries of election districts to ensure that the people of each district are equally represented. This process begins once the federal census is completed every 10 years. Using data from the 2020 Census, new boundaries will be determined that reflect population growth and shifts over the past decade and create new boundaries so each district has approximately the same number of people. 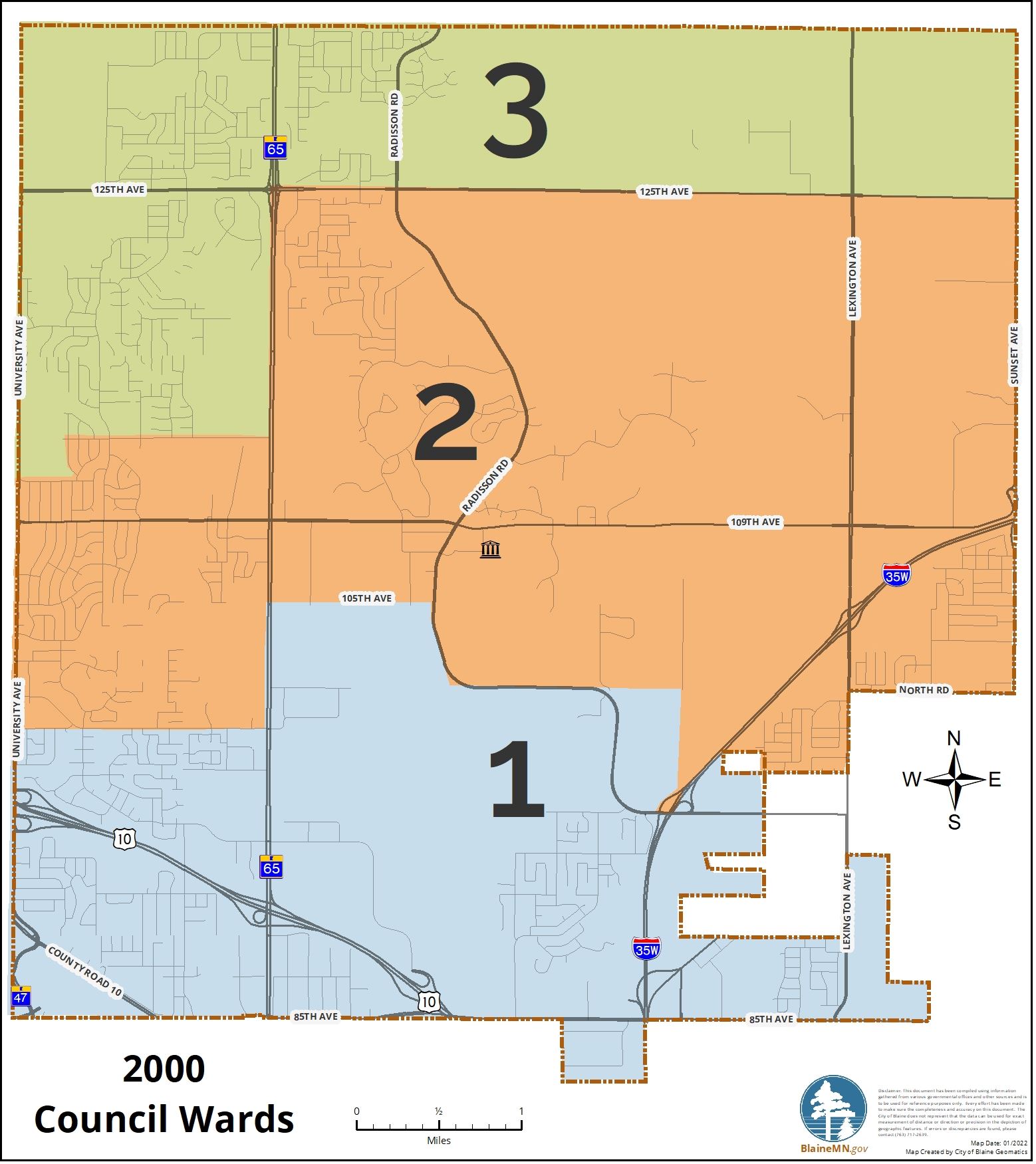 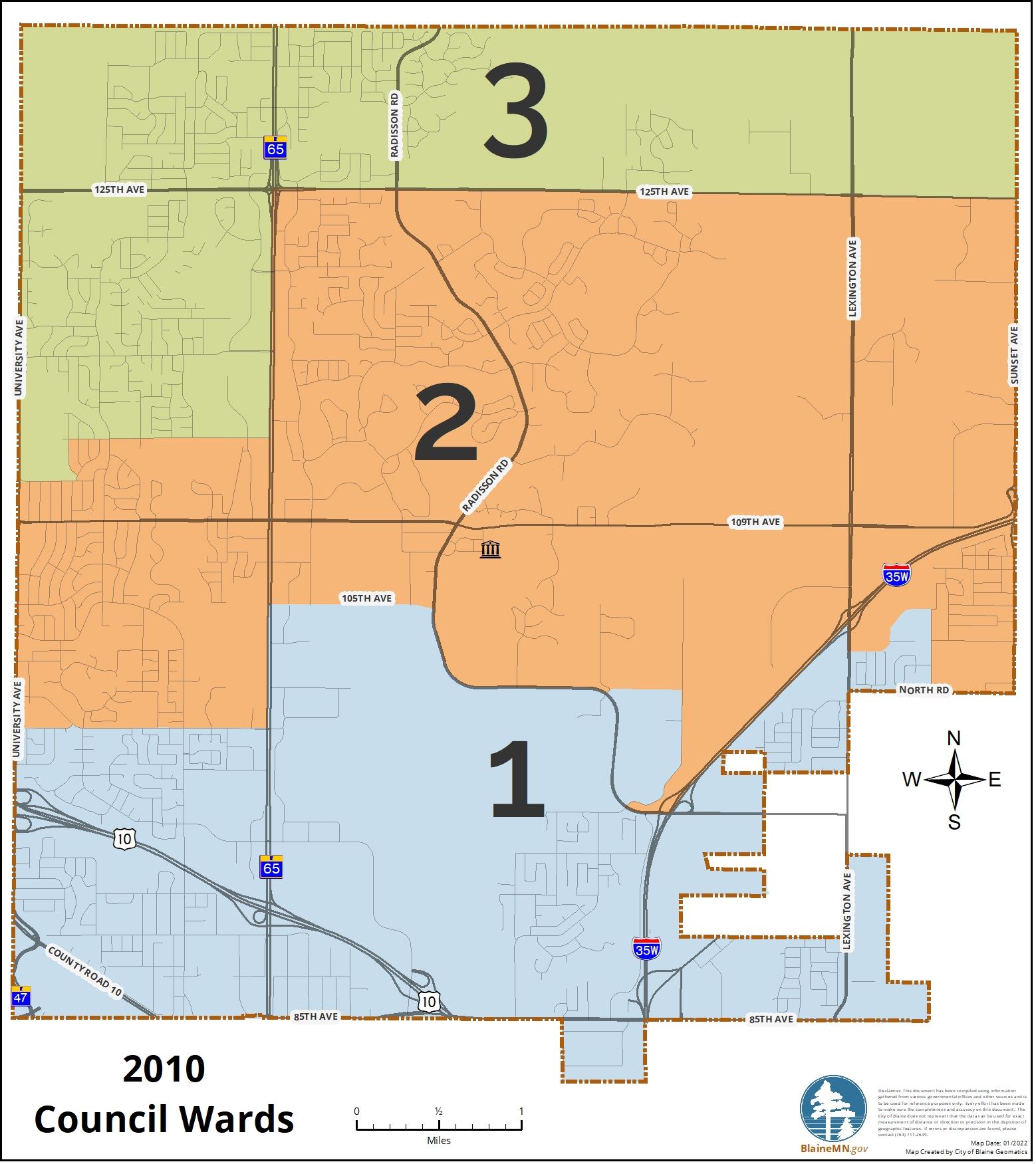 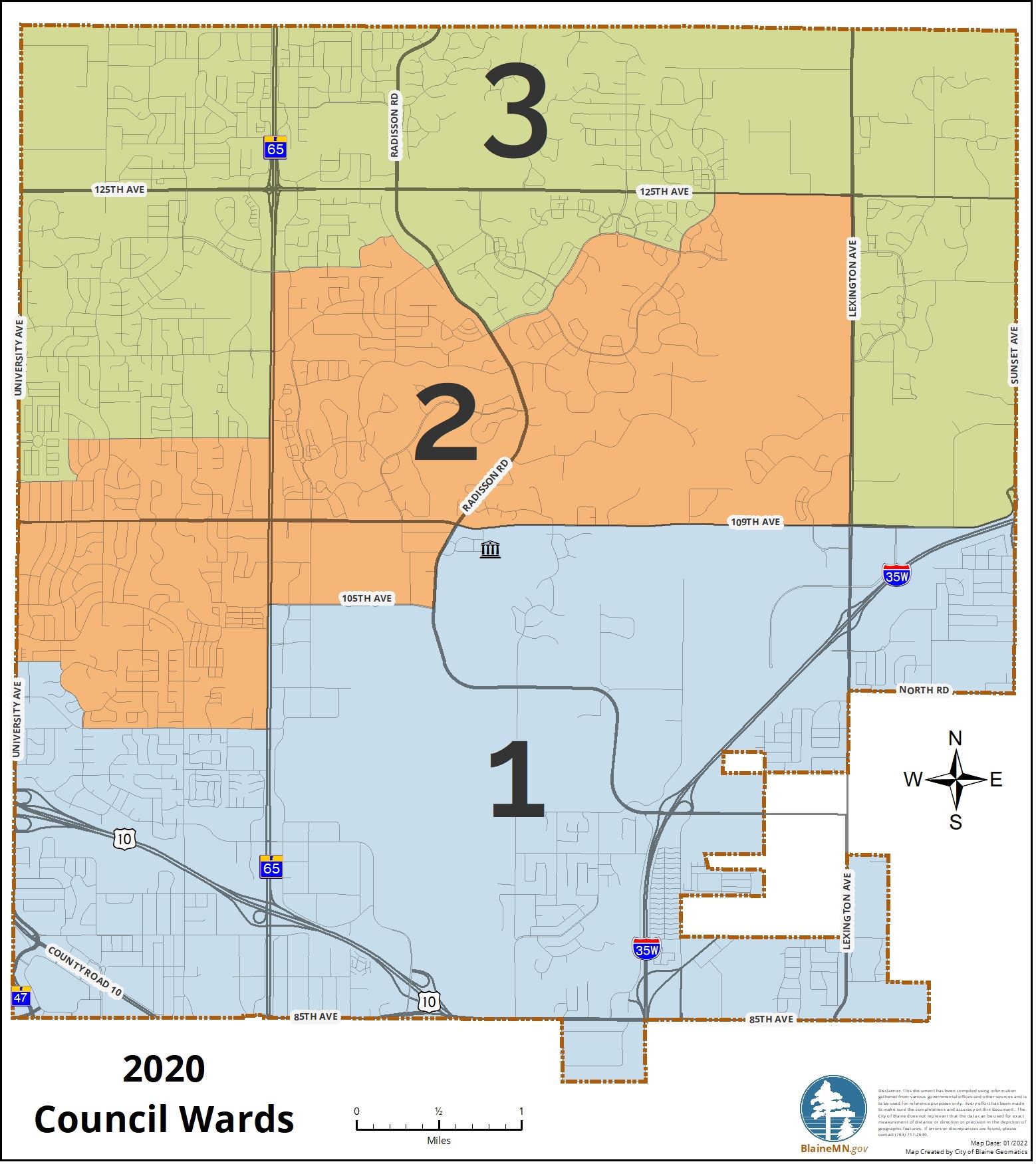 Wards are portions of a city represented by a specific elected official on the city council and must be as equal in population as possible. Composed of a mayor and six councilmembers, the Blaine City Council includes seven elected officials, two from each of the City’s three wards, with the Mayor elected at-large.

Redistricting will help rebalance the population in each of Blaine’s wards, which should ideally include approximately 23,407 residents per ward with a maximum deviation of 5 percent.

Different from wards, precincts are geographical areas used for elections and help determine where a resident votes and who and what is on a voter's ballot. Votes are tallied and reported by precincts throughout the country. Once ward boundaries are determined, precincts will be identified or reestablished. Any changes that may occur to current voting precincts and polling places will be shared with voters.

More information on redistricting can be found at the Secretary of State's Office and the Minnesota Legislature.

At the March 7 regular meeting, the City Council selected one preferred option and two alternate options for revised ward boundaries. The options were posted online for public comment and input prior to Council’s final consideration and adoption on March 21, and the final plan and newly designated polling places was forwarded to the Secretary of State and Anoka County Elections prior to the March 29, 2022, statutory deadline.  Next steps will include sharing polling place changes with residents through the City’s website, newsletter, social media, and events.

Look Up Your Precinct