Clean Water Act
The Clean Water Act (CWA), passed by the federal government in 1972 to clean and protect the nation’s lakes, streams, and rivers, was in need of modification by the 1990s. Regulators and environmentalists realized that even the every day activities of all residents had some impact on water quality.
In states like Minnesota, where water contributes to a high quality of life, extra attention was directed toward cleaner water.

For cities, the regulation meant, among other things, separate pipe systems for sanitary sewage and stormwater. Hence, the new term Municipal Separate Storm Sewer System (MS4).
In 2003, the permit program was applied to smaller cities and smaller construction sites. As a storm sewer system manager, the City of Blaine is an MS4 and is required to apply for a general permit regulating its activity in discharging stormwater runoff. Though mandated by the EPA, program administration in Minnesota is performed by the Minnesota Pollution Control Agency (MPCA).

The permit program is intended to reduce pollution from entering the storm sewer system and degrading the water quality in Blaine and the cities and waters downstream. Preventative methods include controlling erosion on construction sites, regular maintenance of storm sewer systems, using phosphorus-free fertilizers, and keeping grass clippings and leaves out of streets.

The general permit contains six main components, referred to as a Stormwater Pollution Prevention Plan (SWPPP):
While many of these items are the responsibility of the city, they also apply to residents and businesses.

As a result of a court challenge, the City of Blaine – and all other MS4s – had to reapply for coverage on June 1, 2006. The city has posted its application packet, which includes the Stormwater Pollution Prevention Plan (PDF). Residents are encouraged to review the plan and submit comments to the city. The document contains an abundance of relevant information.

View the 2021 Municipal Separate Storm Sewer System Permit (PDF) to review the application and acceptance of the City of Blaine. 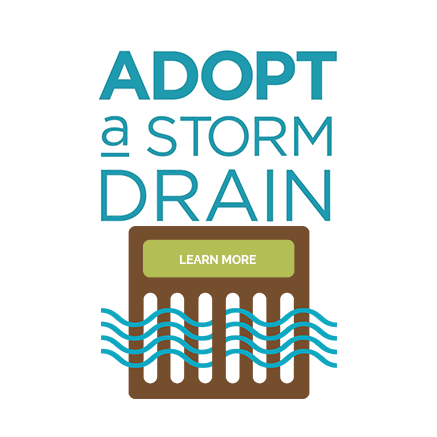